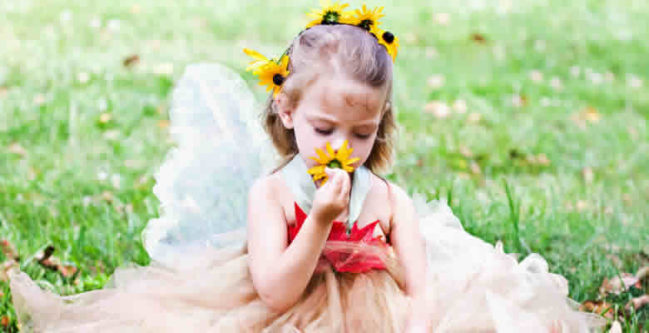 Schemas are one of those things that divide practitioners, like fairies at the bottom of the garden.

You either believe in them and are in absolute awe at how amazing they are, or you just don’t believe they exist. It’s really interesting when you discuss this with people and it’s extra exciting when a ‘non-believer’ suddenly says “That describes my key child exactly!!”

But first of all, let’s explore what a schema is.

Athey (2007) defines schema as ‘patterns of behaviour and thinking in children that exist underneath the surface feature of various contents, contexts and specific experience’ (page 5). Nutbrown (2011) extends this to patterns of ‘action and behaviour’ (page 10). Schema are the repeated actions of children exhibited during their play, drawings, 3D modelling, movement and speech.

For example, for a child with a transporting schema, carrying (transporting) objects is the most important or engaging part of their play.

Typically, a ‘transporter’ will pack everything into bags, prams or buckets and carry them around the setting. Sand play may consist of carrying the sand to the water tray. The bikes outdoors will be used to transport toys.

There are many different identified schema. Athey (2007) describes 10 graphic, 11 space and 9 dynamic schema (page 62) which vary from transporter to going through a boundary. She identified these through prolonged and in depth research of children over a period of 5 years, with a skilled team of researchers.

But why hasn’t everybody else spotted these and made the connections? As Athey comments (page 7) this hasn’t arisen from ‘common sense’, it is the result of research and pedagogy.

These are the sort of things that you need to learn about and understand so you can see them hidden in the children’s play. Often during courses, as I am explaining the sorts of things a child with a strong schema may do, a practitioner or parent says, in surprise, “But that’s exactly what my child does! We’ve never really understood why” or “that has never made sense before, but now it seems so obvious!”

Once identified, the practitioner can use that knowledge to select activities and experiences which will engage the child. For example, if a practitioner wishes to engage a ‘transporter’ in some mathematical development, then counting toys into a pram, pushing them to the other side of the room and counting the toys out again is likely to be an engaging game.

A child with a rotational schema will be intrigued by bike wheels, windmills and spirographs. By really tuning into the types of things that highly motivate a child, the most suitable sort of experiences, which support the child’s development, can be provided.

A very practical book to use for activity ideas is Again! Again! by Sally Featherstone (2013), which gives lots of ideas for schematic play in each of the areas in a setting, such as water, sand, outdoors etc.

If you’d like a book that has underpinning theory and lots of great examples (colour coded), then Laura England’s Schemas: A Practical Handbook (2018) would be a good place to start. Or for lots of illustrated observations of children engaging in schematic play, with ideas of how to extend these schema, Tamsin Grimmer’s Observing and Developing Schematic Behaviour in Young Children (2017) would be an ideal book.

If you have never had a key child with a strong schema then it is quite far fetched to believe that, for example, a very young child can make ‘rotational’ connections in his or her drawings, movement outside and preferred toys.

But once you have worked with such a child you start to see schema everywhere. In fact, you can start to see it in adults too!

Just like fairies at the bottom of the garden, once there is proof there in front of you, it is difficult to deny. Unlike the fairies, schemas definitely exist and are incredibly useful for supporting child development. 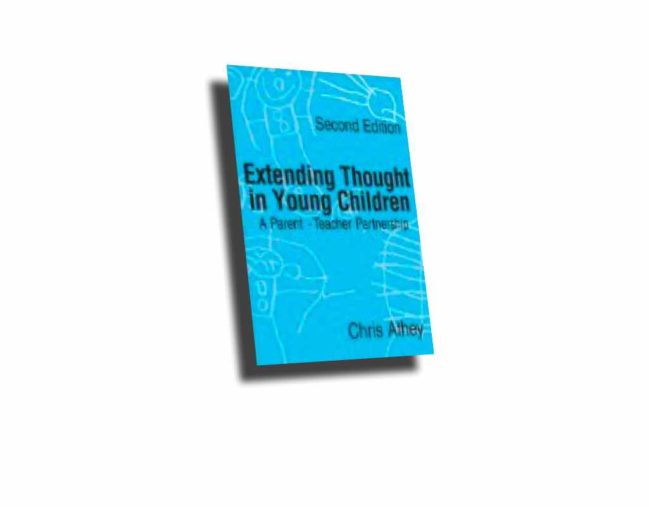 This book was recommended to me with the words “this will change the way you look at children’s learning forever”. Strong words.

The book is one of the results of the Froebel Early Education Project, which was run by Chris Athey from 1973 to 1978, at the Roehampton Institute of Higher Education, London. Tina Bruce was the appointed teacher. The children came from nearby Wandsworth, from a range of backgrounds. The project’s aims were to:

Observe and analyse, on a daily basis during a two-year teaching programme, children under the age of 5 in order to:

Very wide ranging aims indeed. So how has the author, Chris Athey, approached this in the book? She has divided it into 3 parts: Events influencing the Project; the Findings of the Project and Later Patterns of Thought.

Part 1 is an overview of the political background and government initiatives, with an illuminating Chapter 4 about constructivist pedagogy, Piaget and how this fits with current theories. And here we find the motivation for the Project and the book:
Constructivists are interested in the processes by which children construct their own knowledge (page 43) and there is a great difference between ‘know-how’ and consciousness of ‘know-why’ (page 44).

Part 2 is a highly detailed breakdown of the observations, drawings, actions and dialogue that were observed during the Project. It is prefaced by the observation that in previous research it was content which was more important than form. So Eng’s observation of “jagged teeth” and “stairs” seem to show no correspondence in content – but when the zig-zag form is considered they are a common representation. The Project concentrated on form, which includes topological space, space notion and representation. As children develop they begin to develop perception (a face must include a mouth before it will elicit a smile, even at 5 months). Children must then use this perception to create their representations in drawings and 3D models.

Using these representations, Athey discusses 5 graphic schema in detail:
Lines; Core and Radial; Open and Closed Arcs; Zig Zags and Angles and Quadrilaterals. This also includes discussion on how the same drawing can be re-interpreted i.e. how Eng interpreted the jagged teeth as “aggressive” but the Project team interpreted this as open triangles (zig-zags schema). Each schema is discussed in detail with plenty of examples of how they may progress as the child matures. The most practical part of this is the subsequent analysis of the representations, with the details of form as schemas start to be combined and perfected.

This part of the book concludes with chapter 6 From Action to Thought. This chapter demonstrates how schemas become co-ordinated with each other and develop into systems of thought (page 153). Seven action schema have been considered in great detail, namely: dynamic vertical schema; dynamic back and forth; circular direction and rotation; going over, under or on top of; going round a boundary; enveloping and containing; going through a boundary.

Each has been sub-divided and considered with respect to Motor level (physical action); Symbolic Representation Level (drawing, models); Functional Dependency Relationship (how the schema is used during play, dialogue, early thought); Thought Level (demonstration, usually through dialogue, of how schemas have been used to create original thoughts) and Discussion (explanation of how children have moved through each area resulting in thought). Finally Thought as internalised action is discussed.

This was a truly fascinating chapter as it draws together all the theory and clearly demonstrates how understanding and building on children’s schema improves their cognitive functioning.

Part 3 of the book takes us even further on the children’s journey, demonstrating how (and examples of which) schema impact on speech, writing and complex concepts, in primary education. For example, levers and pulleys need comprehension of linear movement (dynamic vertical), rotation and going over.

The final chapter explores parental participation and extended experience. This details the learning journey that the parents also undertook during the Project. It is hoped here that this “great source of untapped ability and energy” is used to its full potential in the future. Personally I would have liked some more specific examples of the ways parents were involved and benefited from being a part of this Project, as this could help practitioners to engage more confidently.

Extending Thought in Young Children is a detailed analysis of a complex and long running project. Consequently the book contains plenty of technical language. It is this detail which makes it an excellent reference book. But it does make it a book to be read at several sittings.

There were loads of moments where, as I read a description of a child’s behaviour, the light bulb came on and previously unrelated behaviour suddenly came into focus. I recognised the form of many drawings, plenty examples of which have been illustrated throughout the book. One of the bitter-sweet comparisons is two sets of “draw-a-man” illustrations, one by Project children and one by children matched for age, sex, ethnic background and neighbourhood. The Project children perform significantly better. I couldn’t help feeling a little sad that not all children could benefit from being a part of the Froebel Project.

It is still available from Amazon