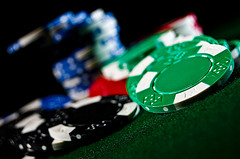 Frank Field is the man charged with the unenviable task of tackling poverty. His report to the PM David Cameron on ‘poverty and life-chances review’ is due week commencing 13th September 2010.

Mr Field has had a lot to consider in the short time since he was appointed. One of his recommendations, as reported by The Times on Saturday 11th September 2010, is that poorer parents should be given money so they can enrol their children in activities that other children enjoy over the long summer holidays.

It is a logical idea.

It solves two problems at once: the children are supported with worthwhile activities, whilst the parents have childcare so they can work.

However, this has been tried before, albeit in a slightly different guise.

Currently Working Tax Credit can be used to pay for nursery places. The children are in a safe, stimulating environment and the parents are able to work. The parents receive the money directly, as proposed in the new scheme by Mr. Field.

What happens in reality is that the parents receive the money, take the childcare places and may or may not pay the nursery. Although I have not done extensive research or analysis of this phenomenon, I do know, speaking to a number of nurseries, that this is a real problem. A review of the threads on the Nursery World Forum shows that my experiences are far from unique.

Until these sorts of issues are cleared up, should we even be considering compounding the problem for other businesses?

Before pumping money into a well meaning scheme, we need to be sure that the methods used will produce the results required.

As George Santayana wrote:
“If we don’t learn from history, we are doomed to repeat it”