From Early Years Summit to great practice in the setting 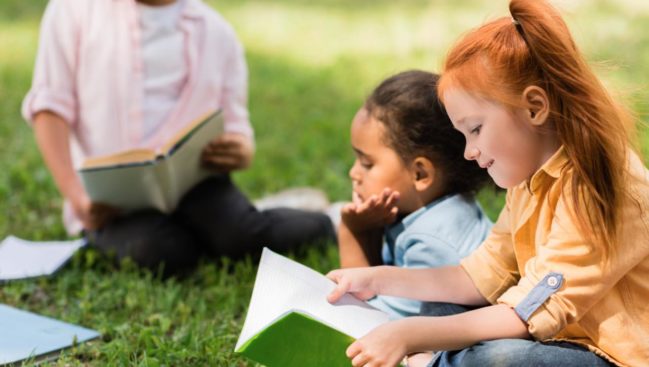 In the weeks, months and sometimes years after an Early Years Summit, I meet enthusiastic people who say “after watching the Summit, we implemented….” or I’ll get emails with pictures showing the changes as discussed in the Summit and how the children have benefitted.

I love these interactions because there is always a judgement call with the Summit – what to include, the length of the presentations, how many, who and so much more – so it’s just fabulous to hear and see that we’ve pitched it just right, thereby having a direct impact on the children and everyday practice.

So I was just delighted to receive an uplifting email from Emma less than a week after the Summit had finished, explaining how she had already implemented some of her own learning from the Summit. Emma and the participants in this vignette have kindly given me permission to share it with you.

Thank you very much indeed for sharing your experiences, Emma!

I hope you enjoy reading it as much as I did.

I had a very soggy forest school playgroup session this week, not that we cared! We made a music tree using so many items from the mud kitchen and everywhere else around (lots of items from my trolley suddenly found themselves on to the tree!), which made me think of the musical literacy from [the Early Years Summit] last week.

One boy was busy banging one pan and I asked if he could find another item that sounded similar, after trying most of the other objects on the tree, he came to the other pan that was almost next to where he had started and decided that it was “similar but not the absolute same” as the other one, indeed it was a heavier pan and it made a much deeper clang. This little boys description was that the second sound was “heavy” – I liked that analogy!

Shortly afterwards I had my most active boy turn his attention to the mud kitchen. He spent a long time exploring floating and sinking and it occurred to me that he was following the scientific process, making a hypothesis, carrying out an experiment to see if he was right, talking through what he had found out and coming to a conclusion.

It fascinated me so much that I then put some pictures together in a piece of documentation for his parents and his grandad (see below).

I have to say that listening to the speakers last week [on the Early Years Summit] on emotional literacy has really helped with this little boy, he gets so caught up in the moment and in his plans he forgets that others are around or may have an opinion too.

Although I knew many of the strategies that were talked about, it is always good to have a refresher and without that refresher, I don’t think I would have been able to have the conversations with him that I had. 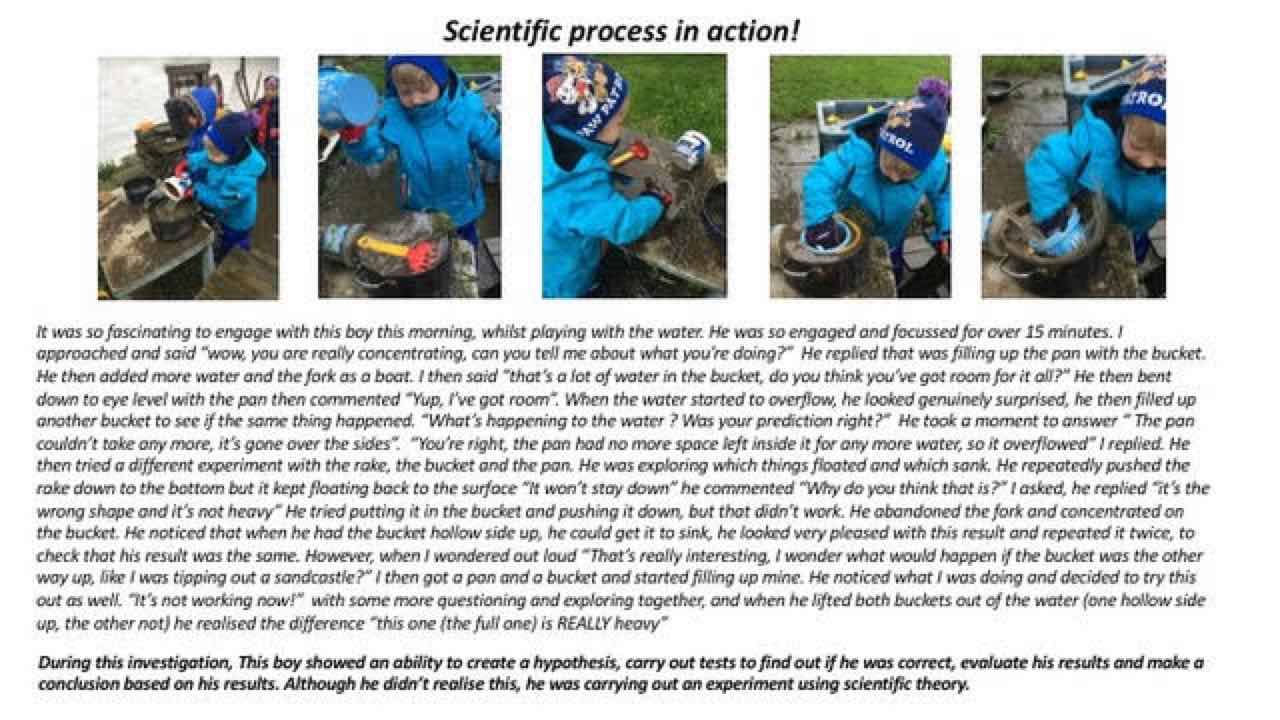 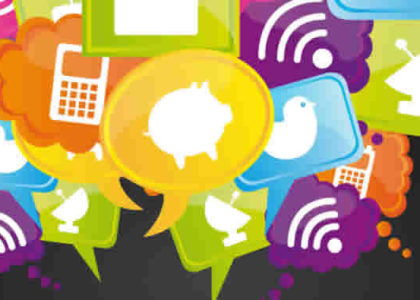 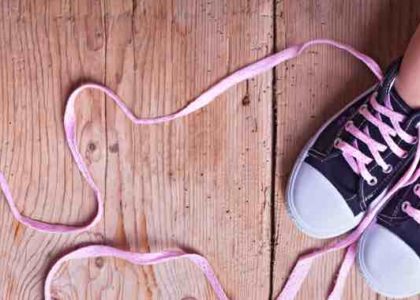 Why 21st Oct 2015 is significant for Learning Dispositions