Dear Mums in the Playground… 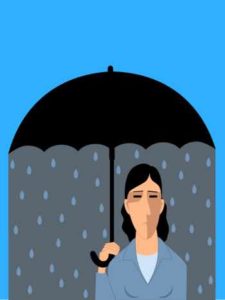 This is the next in the series of blog posts from Mrs M, about her life as a mum of a son with autism. She has been sharing some of the roller coaster of emotions that happen behind the closed doors of family life.


This month Mrs M shares her feelings about her playground experiences. I think you will find them thought-provoking and moving, whatever sort of mum you are. Here is her story:

You may not know me well but I was that mum that skulked past you all with my head hiding under my umbrella, or under my hood just to avoid having to talk to you for many years.

I was that mum that the class teacher always wanted to come and talk to at the end of the day, with a knowing look that something had happened that she needed to tell me about.

I was that mum whose child who stopped getting invited to parties.

I was that mum that never came to the PTA meetings or mums nights out, who wasn’t part of any mums ‘group’.

I was that mum who was often running late in the mornings, looking hassled and exhausted at drop off time so never had the time to say hello to you.

I was that mum who ‘let’ her child hit her whilst trying to get him in through the school door in the mornings kicking and screaming.

I was that mum who you would whisper about to each other that should discipline her child better.

The reason for my writing this today is to tell you what I should have said back then, in the playground, that I had grown tired of feeling like an outsider when I stood by myself day after day. I was tired of feeling your eyes watching me when the teacher came out to speak to me yet again, and that things got so tricky for my son that he had to leave.

I felt alone because I was not one of you. I didn’t fit into your ‘group.’ But I really did want to be your friend. I wanted to meet for morning coffees and chat about where we were going on holiday that summer. But I couldn’t- and not for the reasons you may think.

You see I was that parent who the teacher always wanted to talk to. But not because my child was naughty as I imagined you were thinking. It was because he found mainstream school incredibly tough. And this lead to his behaviour being deemed as challenging by his teachers, because he couldn’t follow their instructions or fit in with the rest of the class.

And I can understand why my child never got invited to parties. It’s not that he didn’t want to attend your child’s party when we declined, it’s because he just found it all too overwhelming and would often get upset when he did go. So we stopped saying yes, and then the invites inevitably stopped coming.

And yes I never made it to PTA meetings. Not because I didn’t want to, but because usually I was busy filling in forms, attending meetings with someone in my sons team, at a CAMHS appointment, or having to explain myself to yet another professional that was looking at my parenting as my son didn’t have a diagnosis at this point.

And I want to tell you that the reason I was always in a rush in the mornings was because my child had severe school related anxiety. Some mornings it could take me 30 minutes just to get him to put one sock on. He needed routines, and visuals, and social stories just for me to get him through the school gates. I had to drive the same way each day, and pray there would be no traffic as that made his anxiety worse. And when it was non-uniform day or cake sale day – well those days were even trickier for us to get to school, it wasn’t that we didn’t want to join in, it was just too much for him to cope with. 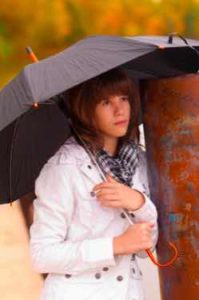 Thinking back to that time you saw my son so anxious and so upset that he felt the need to run away and kick the wall when the fire alarm was going off at drop off time. In that busy playground you all stood and watched us. I had to stop him from escaping, so he lashed out as a way of protecting himself. No one came to help us, no one came to see if I was OK. I was deeply upset that day because I worried what you all thought of us.

I felt isolated and alone. But I held it together until I had reached the sanctuary of my car and then found myself crying uncontrollably into the steering wheel.

We now know that my son has Autism.

For a long time I felt judged, judged by parents, judged by school, judged by professionals and I was that mum who walked with her head down. I was worn down and defensive as a result of all the stress. I became too tired to face anyone so it became easier to avoid you. To walk past you in the playground and hide behind my umbrella.

But I am now several years down the line and no longer have to do the school playground thing as my son attends a school that best meets his individual needs, which means going to a school in a different area -so he gets a taxi there and back.

That’s why I left so abruptly last year with no explanation or goodbye. He needed to leave as his anxiety had consumed him. And I couldn’t face telling any of you.

I know any judgements you made; if you made any at all, were all due to the fact that you didn’t understand. I mean how could you if I kept my head down each day and didn’t attempt to let any of you into my world. I never gave you the chance.

I did want to – believe me I did, I just didn’t have the energy as I was fighting for my son on so many different fronts at the time I was barely keeping my head above the water. And for that I am sorry.

And now- well now I have found my ‘group’. I may not have felt like I fitted in on the playground but I have found a whole world of online support out there of fellow special needs mums. With them I don’t have to explain why my son my son finds school so hard because they live it each day like me. So it’s natural and comfortable with them- but if I’m honest sometimes going out of our comfort zone does us good every now and again.

You see I was guilty as anyone all those years in the playground- because I judged you. Those mums will never understand, or they’re watching me again I would tell myself, so I kept my distance and that was wrong of me. I assumed you were judging me, but I never really took the time to find out.

No mum should ever walk with her head down, because were all doing the same job. It’s tough and we all want what’s best for our kids, special needs or not.

And we special needs mums have just as much to offer as a friend, and as a member of the school community as anyone else, we just have to make adaptions that’s all.

So if you recognise some of yourself in my story- be strong, be brave and be honest, don’t be like me and leave it until it’s too late. Take those brave strides across the concrete and hopscotch and talk to each other. You may be surprised what lies behind the façade as there is always more than meets the eye.

And who knows what kind of friendship can blossom from huddling together under the shelter of a shared umbrella on a soggy wet afternoon in January – You won’t know, unless you try!

Home and School … We are all on the same team 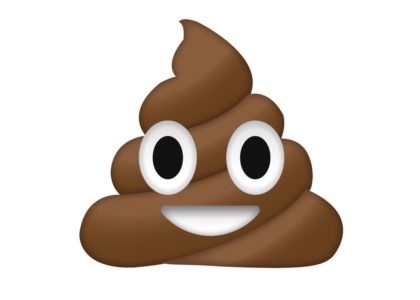