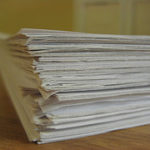 At the minute it seems to be that every new week brings a new Review of some sort. Although I have already written about some in detail, I felt it was timely to do a round-up of the latest reviews in the Early Years Sector. Roughly in chronological order:

Bercow 2008 – 0-19 years Speech Language and Communication needs
This report by John Bercow, MP, concentrated on the provision of speech and language in three main areas:

The recommendations for the transformation of the provision and services for children who have Speech, Language and Communication Needs fell into 5 themes:
1. Communication is crucial
2. Early identification and intervention are essential
3. A continuum of services designed around the family is needed
4. Joint working is critical
5. The current system is characterised by high variability and lack of equity.

A total of 40 recommendations were made, some of which have come to fruition already, such as the communications champion and the National Year of Speech, Language and Communication.

This review has had a particular impact on how speech and language programmes are delivered to families from the Local Authority.

The aims of Frank Field’s report – The Foundation Years: Preventing poor children from becoming Poor adults – were to:

He made 24 recommendations which link closely with other reviews, for example he suggests that the information collected from the 2 year old check and the health check at 24 months recommended in the Tickell Review should be used to collect data about child poverty. He also recommends a Minister for the Foundation Years (Recommendation 17) which sounds like a fantastic idea.

Sir Michael Marmot led the review to ‘propose the most effective evidence-based strategies for reducing health inequalities in England from 2010.’ In his introduction Sir Michael lays out the bare truth: ‘the more favoured people are, socially and economically, the better their health’.

The review had four aims:

1. Identify, for the health inequalities challenge facing England, the evidence most relevant to underpinning future policy and action
2. Show how this evidence could be translated into practice
3. Advise on possible objectives and measures, building on the experience of the current PSA target on infant mortality and life expectancy
4. Publish a report of the Review’s work that will contribute to the development of a post-2010 health inequalities strategy

Sir Michael is well positioned to investigate such things. He led the Whitehall studies, which showed that the people in the lowest status jobs were far more likely to suffer from ill health, including stress related diseases, than those people in the highest status jobs.

At the time this seemed counter-intuitive. Surely the bosses would suffer from the highest rate of stress related illness? But the studies showed that lack of control over your own working environment contributed greatly to the stress felt.

In ‘Fair Society, Healthy Lives’, Sir Michael suggested:
Reducing health inequalities will require action on six policy objectives:
— Give every child the best start in life
— Enable all children young people and adults to maximise their capabilities and have control over their lives
— Create fair employment and good work for all
— Ensure healthy standard of living for all
— Create and develop healthy and sustainable places and communities
— Strengthen the role and impact of ill health prevention

This review contains a vast array of statistics and quantitative data as well as qualitative data. Because of the nature of the investigation there are references from incredibly diverse sources – from mental health to social mobility to fast food restaurants. A thoroughly interesting review, which will stand as social comment on our current life styles in years to come.

Allen 2011 – Early Intervention: The Next Steps

The Allen Review of Early Intervention in children’s lives starts with a graphic and horrifying image – the CT scans of two brains, one of which is markedly smaller than the other. The smaller brain is due to the child having suffered ‘severe sensory-deprivation neglect in early childhood’.

The effect of deprivation on child development could not be illustrated more clearly.

Thirty three recommendations were made in all, with the top three being identified as:

1. The 19 ‘top programmes’ identified in the Report should be supported and work undertaken with local areas to explore how they might be expanded to demonstrate our commitment to Early Intervention.

This is an amazingly broad review, covering everything from babies to brain development to economic implications of not having Early Intervention. The tone is very positive and the way forward is clearly laid out. There are examples from around the world, demonstrating the good practice of early intervention and the good economic sense.

However, the Review does not preach, but puts forward irrefutable evidence for Early Intervention.

The Munro Review is an independent review of child protection in England and asks the central question of ‘What helps professionals make the best judgments they can to protect a vulnerable child?’

Fifteen recommendations are made, which start with a child centred approach. They strongly advise against cherry picking from the recommendations and urge that they should be considered as a whole to be meaningful.

The main thrust of the Review is that there are better outcomes for children when agencies, across the broad spectrum, work together – with the child at the centre of their thinking.

This is an independent Review of the Commercialisation and Sexualisation of childhood and covers the age range from 0 up to the age of 16.

The evidence was considered under 4 themes

The Review suggests an approach which simultaneously stops the ‘unthinking drift towards greater commercialisation and sexualisation'(p. 11) but which also supports children and helps them understand the adult world, through the support of family and wider society.

14 Recommendations are made in all. Some of these are common sense and would cost nothing, for example, not putting sexualised images where children can easily see them and introducing age ratings for music videos. Some are more thorny, such as ensuring greater transparency in the regulatory frameworks.

The discussion about making the parents voice heard is particularly interesting. Advertisers and businesses claim that there is not a problem due to the low levels of complaints but, as the Review highlights, this is probably because it is not ‘top priority’ for parents (p. 76) not because there are no concerns. From the evidence gathered for the Review there are obviously many and varied concerns.

In the summer of 2010, Dame Clare Tickell was asked by the DfE to review the EYFS, in particular how to refocus on children’s early learning.
The Review covered 4 main areas:

Learning and development of young children
Assessment and how this should be done
Welfare standards
Regulation of settings and childminders
The call for evidence closed on 30th September 2011 and the new EYFS is due out in Spring 2012, with implementation September 2012.

In October 2011 the DfE asked Professor Cathy Nutbrown of the University of Sheffield, to review the qualifications of the childcare workforce.
The Review aims to assess:

Professor Nutbrown said,‘I will look at how to improve the rigour and quality of current training and qualifications, and create a clear route for career progression. It’s vital that we have a professional, diverse and confident workforce who feel equipped to do their job well. They are often the unsung heroes of the children’s workforce – responsible for the care, education, development and wellbeing of over three million young children.’ (Nursery World, 28th October 2011). 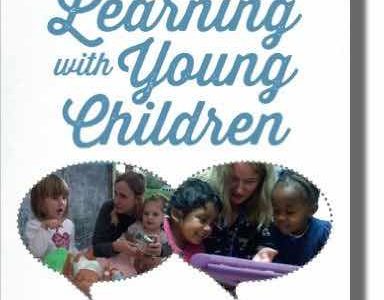 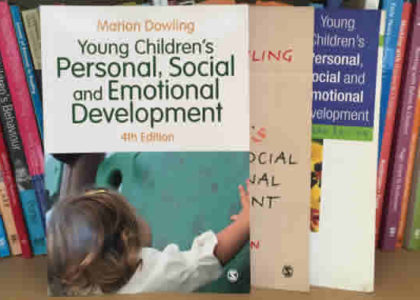