**Note that the latest inspection document came out in Sept 2014 and can be found here: Early Years Inspections, Ofsted  Please do go to Penny’s blog to see an update on her latest experiences with Ofsted inspections. The post below was initially published in July, 2012.

The new guidance for Ofsted inspections that will be used from September 2012 is now out. It makes for interesting reading, not least because the emphasis is on direct observation of practice.

But what is it like to actually be inspected under the new regime?

Penny Webb is a highly experienced childcare professional, who has worked across the spectrum of childcare and is an ‘Outstanding’ Childminder. I was very excited when she agreed to write about her experiences of a pilot inspection, along with some recommendations to make the most of the inspection. 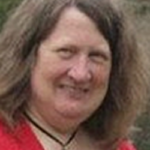 My name is Penny Webb and I am an Ofsted Registered Childminder, in my last inspection in October 2010, I was graded Outstanding. I have a wide range of other experiences including working for the National Childminding Association and Worcestershire Early Years and Childcare Service, lecturing and assessing for child care courses and carrying out quality assurance scheme assessments.

In January 2012 I took part in pilot inspections for the revised EYFS and Ofsted inspection framework. I was phoned on the Thursday and asked if still willing to take part, phoned again on the Friday to be told the inspection would take place the following Tuesday and received the paperwork to support the inspection on the Saturday. So all in all not a lot of time to get my head round what was then the draft revised EYFS, the inspection process, and all the changes.

I admit that panic did set in over the weekend as I hurt my leg and spent most of the weekend in a lot of pain with repeated trips to Primary Care, and as a result any hope of ‘preparing’ went out of the window. However I went ahead with the inspection, (which was a full inspection without any corners being cut) and was delighted to be told that if it had been a ‘real’ inspection I would have been awarded Outstanding.

It is therefore because of my experiences with the pilot that I am writing this blog as I feel I have an advantage point from which to comment.

Ofsted Inspection Framework for EYFS Inspections from September 2012
Last week Ofsted published their ‘Evaluation Schedule of inspection of registered early years provision. In everyday language this is the document that inspectors should consult when making judgements (and therefore giving grades) during inspections as from 3rd September 2012.

My personal thoughts are that although there have been changes to the wording of the EYFS 2012 and the inspection framework documents since the draft documents, the guiding principles and changes to inspection that I experienced in the pilot remain in place. Therefore I am confident that my reflections are valid and an accurate ‘heads up’ as to what inspections will be like from September 12.

So let’s start to put the new inspection evaluation schedule document into context, it says in the introduction on page four:

This is important because it means that all these documents mentioned above must be used together – none of them give all the information on their own.

Point 3 The outline guidance is not exhaustive but is intended to guide inspectors on the range and type of evidence they might collect.

Again important, because it means that inspectors may still gather ‘evidence’ in other ways – so some personal interpretation is possible. However it is very clear that inspectors must gather their main evidence from direct observation (Page 7 – point 14) and must take account of the context of the provision inspected, in particular children’s ages, stages of development, the amount of time children spend at the setting each week, and the length of time children that attend for (page 5 – point 7).

The evaluation document is 16 pages long and needs to be read in full by all early years practitioners, and will be looked at in more detail in a future blog. As a starting point I will reflect on the things that stood out to me as being ‘different’.

The observations (including a 30 minute detailed observation) were central to the judgements made – during feedback the inspector referred constantly to her observations, and therefore it was quite easy for me to see how she reached those decisions. I think that in cases where the practitioner wanted to query the judgement made, it would be possible to discuss evidence used and judgements made.

I was very reassured by the inspectors constant reference to ‘age and stage appropriate’ as on the day I had 4 children who were either just 2 or almost 2, and I had worried about how the inspector would be able to judge the progress being made by the children (a key factor for judgements). The inspector was able to identify progress made by referring to ‘starting points’ both from my written records and through discussion, and took on board the fact that one child is bilingual so speech development was slightly delayed.

Personally I think it is very important to give the inspector as much information as possible about the children on the day – even little things like as in my case you have twins in your care.

On the subject of providing information to inspectors, I think it is very important that you give a verbal explanation about the environment provided – especially if like me you do not forward plan in detail or have changed the environment to meet the needs of the children – but the changes have not yet made it to the recording paperwork.

In childminder settings it is common practice to set up an environment with continuous provision and / or resources to support stages of development and interests – but then throughout the day to ‘go with the flow’ making changes as needed, which get recorded at the end of day.

As an example I informed the inspector that the duplo was provided because I had observed that the children were starting to construct two and three piece models, that one child had an interest in tractors (some in duplo collection) – and I was supporting sharing and development of small world play.

The other main difference that I noted was the lack of checking of paperwork – yes the inspector did look at documents – but she only spent minutes not hours doing this. She was not that interested in my certificates but wanted to discuss how my training had been put to use and the impact on the children / setting.

She glanced at risk assessments but asked lots of questions about how I kept the children safe – and had observed incidents of this aspect. She looked at learning journeys but was more interested in discussing interests and next step plans with me – using her own observations of the children to access my knowledge and skill.

In summary I found the pilot inspection very positive, it was focussed on the children and their progress, evidence was based mainly on observations and discussions and paperwork was used as secondary evidence rather than primary evidence. My understanding is that my experiences should be the ‘norm’ for inspections from September 12 – I hope this is the case.

Many thanks to Mike for the image 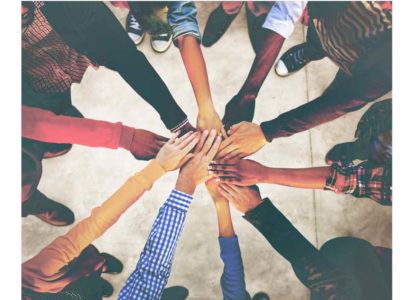 What is the best thing we can give teachers?
On Your Marks!
4 Comments

Sustained Shared Thinking – How Important is It?
Viewpoint
Advisor to: