The Many Faces of Anxiety

It seems particularly apt to have a post from Mrs M. about the different faces of anxiety in January, as this month is often linked with the Janus, the Roman God of war and peace or the beginning and end of conflict. In this guest blog, Mrs M. describes how we can recognise the signs of anxiety in children with autism, and then some really practical strategies for managing anxiety. It is an honest and inspirational piece. Please do share and comment.
Enjoy!

For my son, anxiety is part of who he is.

In fact, it is as much a part of his make up as the colour of his hair or the freckles on his nose that come out every summer. It is his constant companion and is far more than just a bit of worry that can be soothed away with some reassuring words of encouragement.

It is with him forever, and it is important we take it seriously as it plays such a huge part in his life.

It was also actually one of the first indicators to us as he was growing up, that something wasn’t quite as it should be. The older he got the bigger his worries seemed to grow. But at the time we didn’t realise that all the different behaviours we were seeing were driven by this hidden force lurking inside him. And the more we tried to overcome it and force him into situations that we thought he should be able to cope with, the worse we made it; because we didn’t take his anxiety seriously. We didn’t realise how much his anxiety was controlling his emotions and behaviours.

So we bowed down to pressure.

Pressure to make him conform because he looked so ‘normal.’ Pressure from professionals who didn’t have the answers we were so desperately seeking. And pressure from ourselves to live up to the perfect family image that everyone expected us to be.

Pressure to fit our son into societies neat little boxes.

But in fact, we quickly learnt that the key to us being able to move forward as a family unit was far more about us learning to accept and embrace his differences as much as anything else. Learning to accept that his anxiety was part of who he was, and it wasn’t going anywhere. And after all that we had to learn how to unpick his behaviour to see what was really going on underneath the surface.

And so out of necessity his anxiety became our constant companion. We have reluctantly learnt to share our lives with it, having to let it into our routines and family time. Allowing it to dictate the ebb and flow of daily life like the tide. It’s inevitable when your child has anxiety linked with their autism, there is no hiding from it…ever! So, we learnt to accept that it is part of what makes him so unique and roll with it.

Sometimes we can all see his anxiety, even people that don’t know him inside out like I do. It is etched on his face, in his body language and it seeps out of every muscle in his movements. There’s no mistaking it. It controls him like a puppet master making him bite his nails, compels him to ask the same questions again and again with nothing being able to satisfy its hunger. It makes him pace around the room like a caged tiger, and at times it completely takes over his body. Primal instincts kick in which trigger the fight or flight reflex in his body.

But this anxiety also has a darker more secret side.

The side that not everyone sees. This kind of anxiety disguises itself and takes many forms, and shows many faces.

This cruel force can morph and change costumes at its own will. Like a shape shifter it controls our children and confuses the adults who are fooled by its whim. It becomes hyperactivity, violence, exhaustion, fear, illness, or demand avoidance to name but a few. All these facets of our children are driven by anxiety. It can hide and pounce as children learn to mask their emotions and fit in to the confusing world around them.

And so, we find ourselves putting unhelpful labels on our children to give meaning to behaviours that we don’t understand.

But I fear that these labels only serve to box our kids in.

Making us set rigid expectations for them in a world that should actually be far more flexible for children on the spectrum. These labels can lead us to make assumptions and take things for granted. Not seeing the potential pitfalls and variables that affect autistic children so intensely. Leading us to miss the hidden anxiety that is so often driving so many of these behaviours that society wants to put a label on.

When I think what we really should be doing is looking at how we, as the adults, respond to our children’s anxiety. How we reflect on our own practice, honestly, and without fear of criticism or failure. Believe me when I say that over the years I have made many mistakes. I have got things wrong, and spent many a sleepless night thinking how I could have handled things better. But when I think about it, those mistakes taught me so much.

So as practitioners, we need to be asking ourselves if we were flexible enough (because when fire meets fire no one wins I can tell you!) We also need to be sharing good practice, sharing our successes and our failures. Working collaboratively with parents, and talking to colleagues openly. Bouncing ideas off each other in order to support these vulnerable children effectively as a team.

We need to see beyond the labels.

Understanding that often their behaviour is telling us, in the only way that they know how to, that something is wrong. And often if sensory issues can be ruled out, then the controlling factor is usually anxiety in disguise.

Anxiety about failing, anxiety about not understanding, anxiety about the social interactions and rules they can’t make sense of. Anxiety about filtering out the acute sensory overload that is probably taking up all their energy. Anxiety about holding it all together and that sense of implosion that is building in their tummies as the hours tick by until home time. And even anxiety about being anxious. It’s exhausting for them, and often tricks us adults into thinking that the issues lie elsewhere…

So instead of labels…

I think we need to be open minded and far more flexible.

We need to see beyond the behaviour, and play detective to peel away the hidden faces of anxiety that is often driving our children’s behaviour.

Perhaps by making behaviour analysis tools part of our daily practice, so we can begin to really understand what’s going on with these kids and break down those walls of hidden anxiety.

We need to think outside of the box and make real accommodations in the classroom that are meaningful and not just ticking a box for a policy.

We should understand that one size doesn’t fit all, and every child is different. And see things from the child’s perspective and not just our own.

And slowly but surely, these amazing kids will begin to trust us, let down their guard, and their inner anxiety may just have nowhere to hide anymore. No more shadows to lurk behind and no more masks to wear.

A slice of Autism: What’s normal anyway is now available from Amazon, with 11 Five Star reviews, this book is definitely worth a read!

And do have a look at her blogspot: ASliceOfAutism

Sensory processing and children with autism 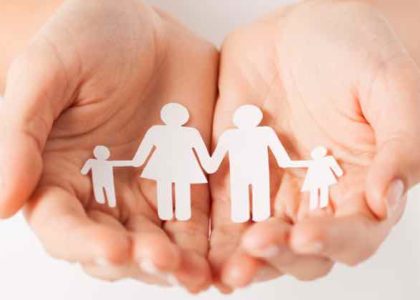