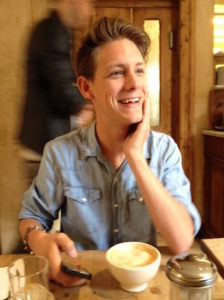 Christopher has a very wide range of interests, from sleep expert to twin expert, with a special interest in the care and development of babies.

Unsurprisingly, we talk a lot in the podcast about child development, the fascination of twins and, most importantly for me, the professionalism that is essential for quality care. One thing that Christopher mentioned was that he could sympathise with working mums, because the situation of men in childcare mirrors many of women’s challenges for getting equal recognition in the general workforce.

This is a really fascinating podcast, which I hope will help both men and women to reflect on their own practice.

Jamel Campbell is someone who clearly loves his job. 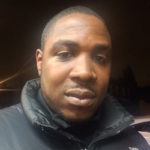 He has worked with children across the age ranges, from mentoring in Youth work to working in the Early Years sector.

In this podcast you’ll hear how Jamel works with his children, the challenges he has had to face and how his ‘sturdy support network’ has helped him with these. He explains how his work is helping to mould and form and shape the children of the future.

Sit back and enjoy this podcast!

Having just completed the EYFS consultation document at the DfE website. I have serious concerns about some of the document.

1. The qualifications required are the bare minimum – Level 3 for managers and half of the rest at Level 2 – despite all the research (EPPE, REPEY, Tickell Review) confirming again and again that a graduate led workforce results in better outcomes for children.

2. “School Readiness”. Apparently the Early Years is all about ensuring the 5 year olds of England are “ready” for Key Stage 1. This has replaced play and emotional development as being key for children. In addition the Literacy Early Learning Goals have been altered.

However, the new EYFS requires children to “read and understand simple sentences in stories and information books, using phonic knowledge to decode regular words and read them aloud accurately… children write their own … simple stories which can be read by themselves and others.” (EYFS Consultation document, p. 9). This is a significant difference. Is the hope that by asking 4 year olds to write their own stories that the level of literacy will be raised?

A brief look at the research from around the world ( unicef vexen) shows that starting children’s literacy earlier doesn’t mean better results at age 11. In fact the later children start formal training, the better the long term outcomes for literacy. You would think the Year 6 teachers would be screaming for less literacy in the Foundation Stage.

3. Babies seem not to get a mention, except to say they must be segregated from other children. This is a massive shame. There is lots of research from many years to show that there are a range of benefits to mixed age groupings, including keeping siblings together, social development, nurturing, peer learning and emotional development (Cohen, 2002, Derscheid, 1997, Di Santo, 2000, Gmitrovaa et al. 2004, Goldman, 1981)

I know it wouldn’t be suitable for every setting, but to require that there is segregation removes all the learning opportunities which may be available for children in mixed groups.

This is why it is so important for everyone to complete the consultation form. These are my concerns and I’m pleased that I have the opportunity to voice them.

Make sure your voice is heard too.

The consultation ends on the 30th September 2011.

Derscheid, L. (1997) Mixed-Age Grouped Preschoolers’ Moral Behavior and Understanding Journal of Research in Childhood Education Vol. I I. No. 2

Di Santo, A. (2000). Multi-age groupings in early childhood education: The affordances and opportunities of a multi-age child care model. Ottawa:National Library of Canada